It has been a month since Asus has released a firmware update for ZenFone Max Plus (M1) to Android Oreo. At the same time it has been a sad month for the owners of that phone who went through with the update. The update to Oreo was highly expected and the power users were getting excited about the new features and improved battery life the update would bring. Asus was running late with the update not only in a general sense, but also in regards to its promises: they promised to release the update before the end of July 2018, not giving any reasons why it’s late and estimations on when to expect it.

After Oreo has finally arrived in November, power users jumped to update. Even regular users updated, because the update notification on the phone is impossible to dismiss and it always comes back to remind you. Not to ignore, it’s huge and it’s annoying. 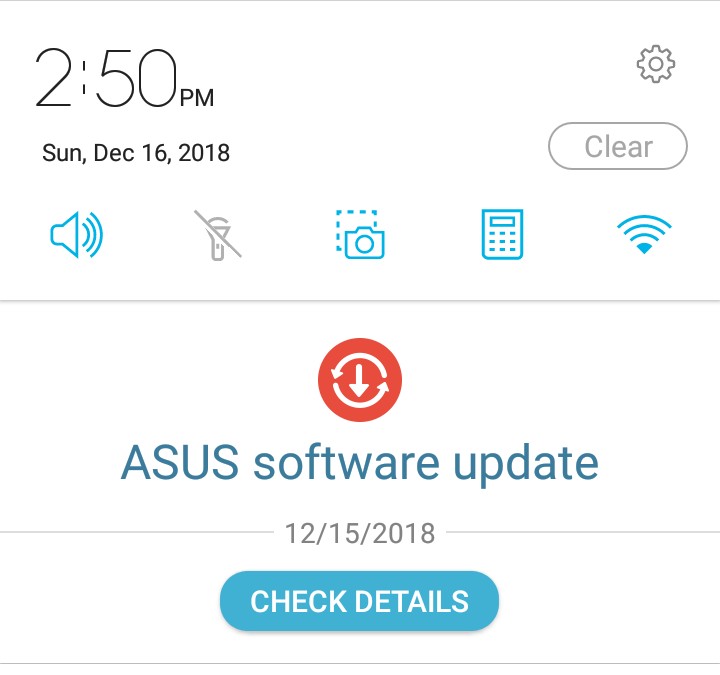 Many people have updated to Oreo and that is when the real trouble started. If there were bugs in Android 7.0, the new version 8.1 made the phone useless for some users. They have faced many problems, the worst being really serious and making the phone impossible to use:

There are many more smaller issues, bugs, and unfinished work present in the update. Phone freezes, vibrates with no reason and can’t be stopped, user interface is not responsive or slow to react, apps crash often, reload loops and similar easily detectable annoyances.

Does Asus know how screwed their update to Oreo is?

The important question here is if Asus knows that it released such a bad piece of code to paying customers. The answer appears to be Yes. The product forum is full of complaints and Asus is using the paying customers as beta testers. Telling them to run scenarios and post results, requests for screenshots, requests to download the debug tool, recording errors and uploading them to Asus so that developers can look at the results. Conversations are lead from public forum to private conversations with support.

In my opinion, Asus knows that this version of phone firmware is bad. They have seen a spike in user complaints, sometimes even admitting that they will fix the bug in the next update. For example, three weeks after the update Emilee_ASUS, forum moderator, replied to phone being unusable because of signal loss:

We will improve this problem of the mobile signal strength unstable problem and also expected to conduct a software update plan in the subsequent system version.

The big question myself and other customers are asking is why doesn’t Asus stop this upgrade from being available and spread problems? Why don0t they offer “over the air downgrade”? Why do they keep their paying customers as their free beta testers? Why are they giving suggestions to reset the phone if they know there’s a problem?

Can Asus help me with this broken Oreo update?

If you post in the forum, the first line of reply will be to give them some answers like “Does this always happen?”, “How often have you seen this?”, “Is there any app that you are using?” and similarly useless questions.

The second line of replies are in a form of trying to be helpful like “Clear app cache”, “Use the phone in safe mode”, “Turn flight mode on and off again” and similar. Sometimes they will just say “Factory reset the phone”.

That being the often used suggestion in the official support forum, I was also wondering if this helps or not.

Please note that factory reset erases all you data, settings, apps and you wind up with an empty phone that you have to set up again from scratch. The exclusion to this are the files that you have on the SD card, for example photos saved to the external memory.

With some brands factory reset really solves problems, so I was wondering if it’s the same with the unfortunate Oreo update. I looked through the forum and found a perfect and expected answer from user PPCMAXB from Taiwan;

I tried factory reset several times and didn’t fix anything.

If Asus tells you to try factory reset to solve their bugs, don’t bother.

Naturally, people beg Asus to enable them to downgrade the phone or to update it backwards as this seems to be the only way to make the phone usable again right now.

Can I revert Zenfone Max Plus back to Android 7.0?

The answer is Yes, but it won’t be easy. The official answer is to bring the phone to Asus service center and they will downgrade to Android 7.0 free of charge. That being said, some people got charged for the downgrade. Also, some people have the closest Asus service center several hundreds kilometers or more away, so they have to pay for the shipping and getting a temporary replacement phone.

The other option is to download firmware by yourself and update the phone with it. Note that this is a process for technically advanced people and that it breaks phones warranty. Not the best way to go, apparently.

When will the next firmware update for Oreo be?

If you’re stuck with Oreo and all it’s problems and you can’t get back to more stable Android 7.0, you are probably wondering when will Asus push the next update?

The second question is will this update be any good? Will it fix any of the new bugs and problems it brought?

Usually Asus sends updates for Zenfone Max Plus one time per month (with the summer exception). If they keep this schedule the next update should be ready in the following days. The last one was on November 14, 2018, so the next one is expected in the middle of December 2018, which is about now.