ASUS ZenFone Max Plus got a fresh update today. The new firmware version number is 14.02.1809.69 and it brings software WW_14.02.1809.69:20181018. As always, there’s no details yet published either on the forum that is linked from the “More” link in the update notification or from the official build site. I expect the change log to be published in the next three days.

Well, after installing it I can only tell that Google Android security patches were updated and the level is now “September 5, 2018”. That means that Asus is again one month behind after it missed an update last month. Instead of the current October patches we only got up to speed with September. The reason behind this is supposed to be more testing and verification by Asus. Here’s what they wrote in the forum:

In order to provide the best protection for the data of the phone.
ASUS will take more test and verification after receiving the security patch from Google.
Therefore, it will not update on your phone immediately.
We already check that this security version will not impact the normal operation.
Please wait for the FW update from ASUS. Please use it with confidence.
We apologize for any inconvenience caused.

This means we should expect a monthly delay with security patches from August on.

Sadly, I see none.

Download size of the new firmware is 115.23 MB, so I wasn’t expecting to see anything new. Compared to other updates, this one is pretty small in size. There is a trend, however. The newest updates seem to get smaller, so my conclusion is that there is less and less work being done on this phone. Which means less (or none) new functionalities and less bug fixes.

Well, I keep a list of most annoying bugs that I hope will get fixed but they don’t. Also, users on the forum have their own complaints and some are quite frequent. Lets’ see what needs to be fixed to make this phone a better one:

Well, of course not. Asus promised upgrade to Oreo by July 2018, but it hasn’t happened. They have stopped promising since, but they have provided more info in this post. The announcement from October 15, 2018 states this (my emphasis):

Note that “Q2” means second quarter, which means first half of the year. Which means that Asus has announced that they will update the phone in the past. I hope it’s a typo and they meant “H2” which would mean second half of the year. However, if they posted the statement it means they didn’t give up yet as I did.  Expect to get Android Oreo update on ZenFone Max Plus, just don’t expect any specific dates… Counting down from their own upgrade plan, Asus is already  three months behind their plan.

I will update this post when the release notes are posted. 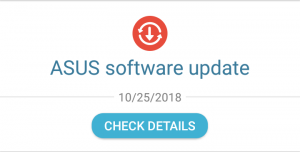 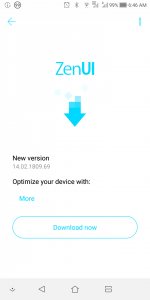 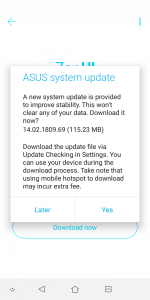 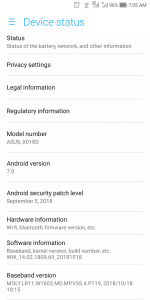