Update Oct 4, 2018: Added change log at the end of the post and added one upgrade I have noticed in the build.

I was quite surprised yesterday to receive the update notification on my Asus ZenFone Max Plus after manually checking for updates. You see, just a few days ago I was writing that the Asus September update was missing. The update notification stated that firmware version 14.02.1809.67 is available for download. I have checked the official build site and the official forum that links from the update notification, but as usual there was no new information about the update or changelog. The update itself was pretty small, only 117.66 MB. The version number, however, has jumped from .63 from two months ago to .67, which means someone has at least been tempering with builds for ZenFone Max Plus at Asus.

My usual and extra expectations of this build were:

The last two items on the list were more wishes as expectations because I don’t see that will happen at all. Since the file size of the update was very small, I knew I can’t expect upgrade to Android Oreo 8 even if Asus has promised it until July 31, 2018. And I was right. Spoiler alert: there is no Android Oreo in this update.

I installed the update, restarted my phone and everything went fine with no problems. The phone started up correctly. I checked the Android version and as expected was still 7.0. No surprise there. However, when I checked the Android security patch level, I was surprised. It is still set to August 5, 2018. That means that the security patch was not updated this month. That confirms my suspicion that Asus has moved ZenFone Max Plus to the slow updates and will apply security patches every two months.

However, the firmware update still came even if there is no security patch included. That got me thinking what the update includes? Could it be bug fixes? Could it be system app updates? I’m eagerly waiting for the Change log or What’s new list, but please let me know in the comments if you find any changes to the previous firmware. 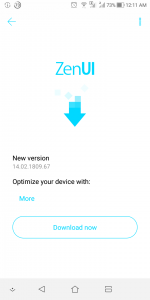 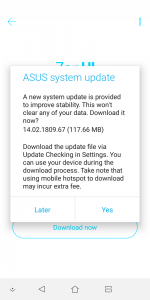 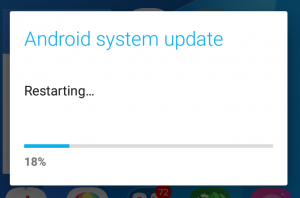 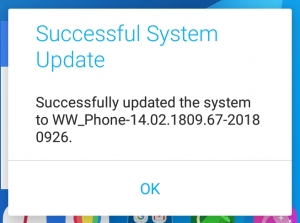 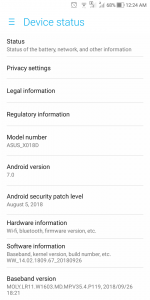 Funny that it includes the Google security patches but the version number (date) on those patches hasn’t been updated?

Update Oct 4, 2018:I have noticed one change in the system so far: it’s in the People app. Adding and editing contacts now looks a bit different. Also, I’ve had one spontaneous restart since I have upgraded the firmware two days ago. I hope it’s a coincidence.