ASUS ZenFone Max Plus June firmware update is ready. It has a version number 14.02.1806.62 which is only one build higher than the firmware version from May. This leads me to believe there will be no large changes or improvements, maybe just updated security patches. I think we definitely won’t see the upgrade to Android 8 Oreo, which was promised by Asus at the beginning of the year 2018. Half a year later and we’re still waiting.

Also, bump in the build number just by one possibly means that Asus is not working on this phone as often as they did before. Probably they have moved to support the new Zenfone 5 and the old models will be left with only security patches.

The size of this update is 152.85 MB, so it should download noticeably faster than previous update which was almost three times as large.

At the time of writing the official build site still doesn’t report what’s new in this build. I will update this post as they update the site of the forum with the release notes. The release notes in the update app itself claim “Privacy setting update”.

After the update has successfully installed (roughly 5 minutes) the new – old Android is waiting. You guessed right, it’s still version 7.0 – no pleasant surprises there. The security patch info is set to June 5, 2018. I haven’t noticed any other changes and I will update this thread if I do.

Just to keep things consistent, here is the full list of things that I hope Asus will fix on this phone because they really need to be fixed top offer a good experience:

Here are some screens of the update and updated system. 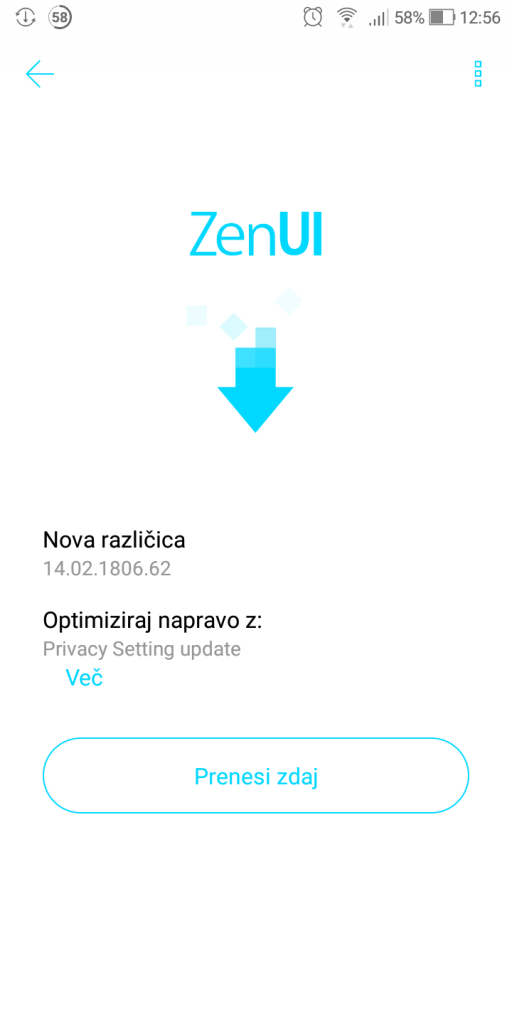 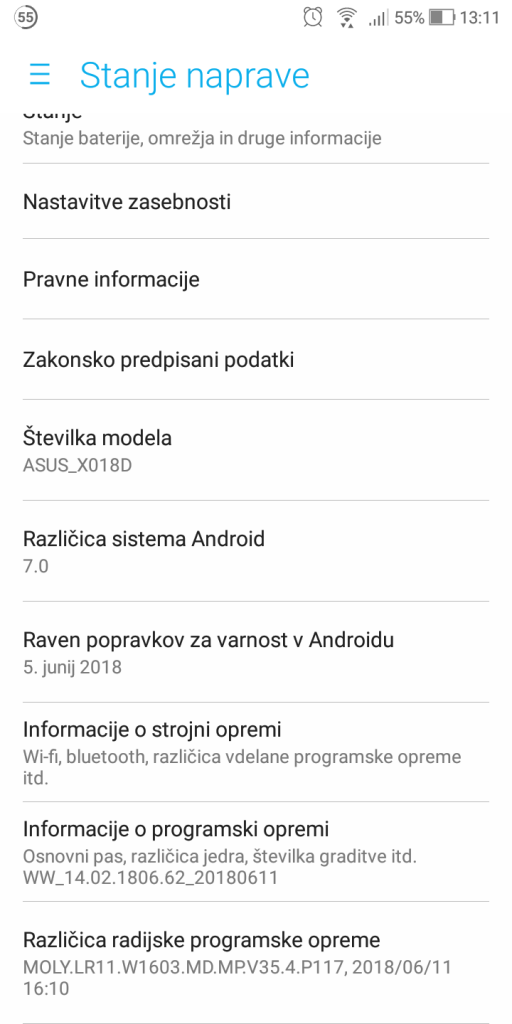