Today I realized that the new version of Bitcasa for Android (version 2.7.4) adds support for Chromecast, HDMI media player from Google. There is still no news about this new version on the official Bitcasa web site and info on Google Play is somewhat short. It just says “Chromecast support! Cast videos, music and photos with the touch of a button from Bitcasa to your Chromecast device”. 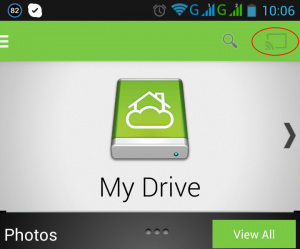 I don’t have a Chromecast device yet, so I’m not sure how things work. In a funny coincidence, I just ordered one a night before Chromecast support was released to Bitcasa.

Several users in the support forum are complaining about the streaming speed and stability, so I hope this does get better so Bitcasa will be able to run smoothly via Chromecast.