If I run the Acid3 test in my latest version of Google Chrome 6.0.472.62, something weird happens. The test shows 100/100 compliency, but the image doesn’t look like it is supposed to. Instead of the colorful squares I see only a set of black lines over the text that says 100/100. Take a look at the first screen shot and bellow it on the reference rendering (how it was supposed to look). 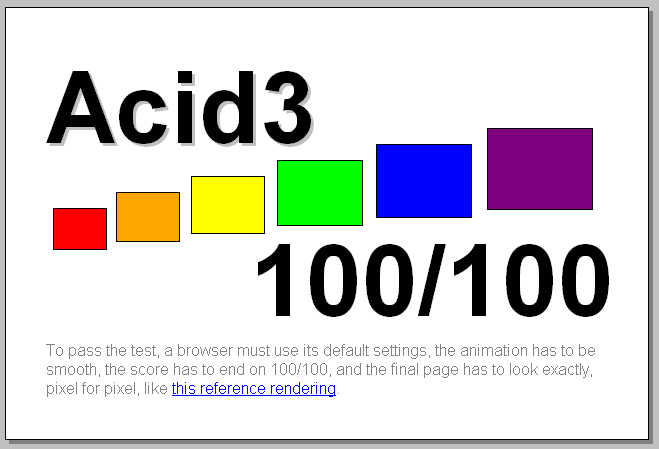 Even weirder is that it doesn’t happen every time. If I open a new Chrome window (opening new tab is not enough) the the rendering is ok. If I refresh the page (F5, CTRL-F5) or if I open it in a new tab then the result is broken.

I think this is a bug in Chrome, but not in the CSS part of it, but in the rendering, display or canvas part. I will try it on other versions of Chrome and try to reproduce it.