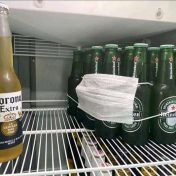 I thought to translate and share some of the jokes that are circling around Slovenia in these Coronavirus ridden times. After all, they say laughter is the best medicine. Or as we say it now in these hard times, laughter is half the medicine, social distancing is the other half. I have never thought that my hands will consume more… Read more »